This path is born from the desire to retrace one of the most interesting historical events occurred in Romagna during the Risorgimento period: “La Trafila” is the route traveled by General Garibaldi, in the year 1849, to save himself from the Austrian army after the fall of the Roman Republic. The undisputed protagonists of this escape were the Tuscan-Romagnan territories.

“Il Sentiero di Garibaldi”, which connects Modigliana to Palazzuolo sul Senio, follows the hypothetical path that Garibaldi would have traveled and along which he was able to be helped and hosted by a priest from Modigliana, Don Giovanni Verità. The places of the “Trafila garibaldina” make up a sort of “diffused museum” where an infinite series of traces and stories born and reconstructed afterwards are preserved.

The stages of the route include the following routes: 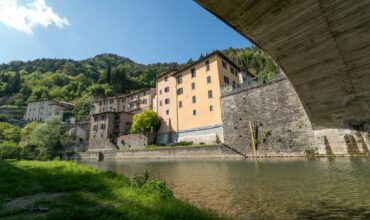 Path that follows the macro-themes of the Wellness Lifestyle

In the footsteps of Dante

The journey of the great poet from Florence to Ravenna

From Marradi to Verna with Dino Campana

The route tackled by the great poet on the Apennine ridge