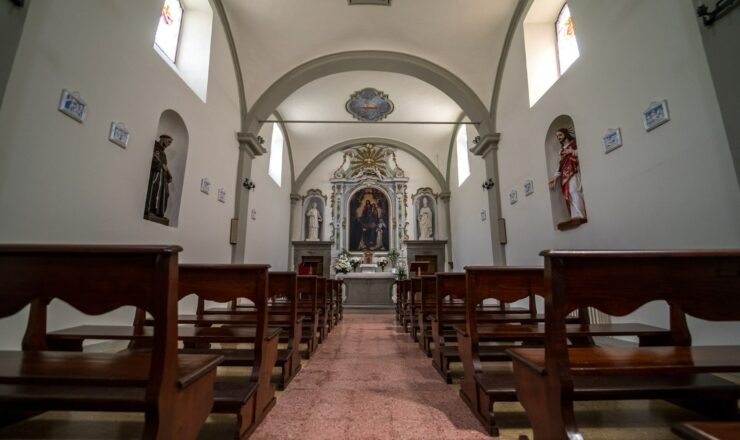 The Chiesa di San Lorenzo, which was originally thought to be the chapel of the castle of Premilcuore, is a building consisting of a single nave, the facade of which is two-sided and the bell tower is placed on the roof of an adjacent structure.

The interior features the final wall where there is the altarpiece of the “Madonna del Rosario con S. Domenico e S. Caterina”, oil on canvas by the Florentine artist Francesco Curradi, dating back to the seventeenth century and restored in 1989. On the sides of the The altar contains two sumptuous niches containing the statues of San Martino, patron of Premilcuore, and of San Lorenzo. Two doors with stone jambs and lintels lead to the sacristy, where are the paintings “Sacra Famiglia con S. Anna e S. Giovanni” attributable to the Tuscan painter Santi di Tito, and a “Vergine del Rosario“, dating back to the same period. 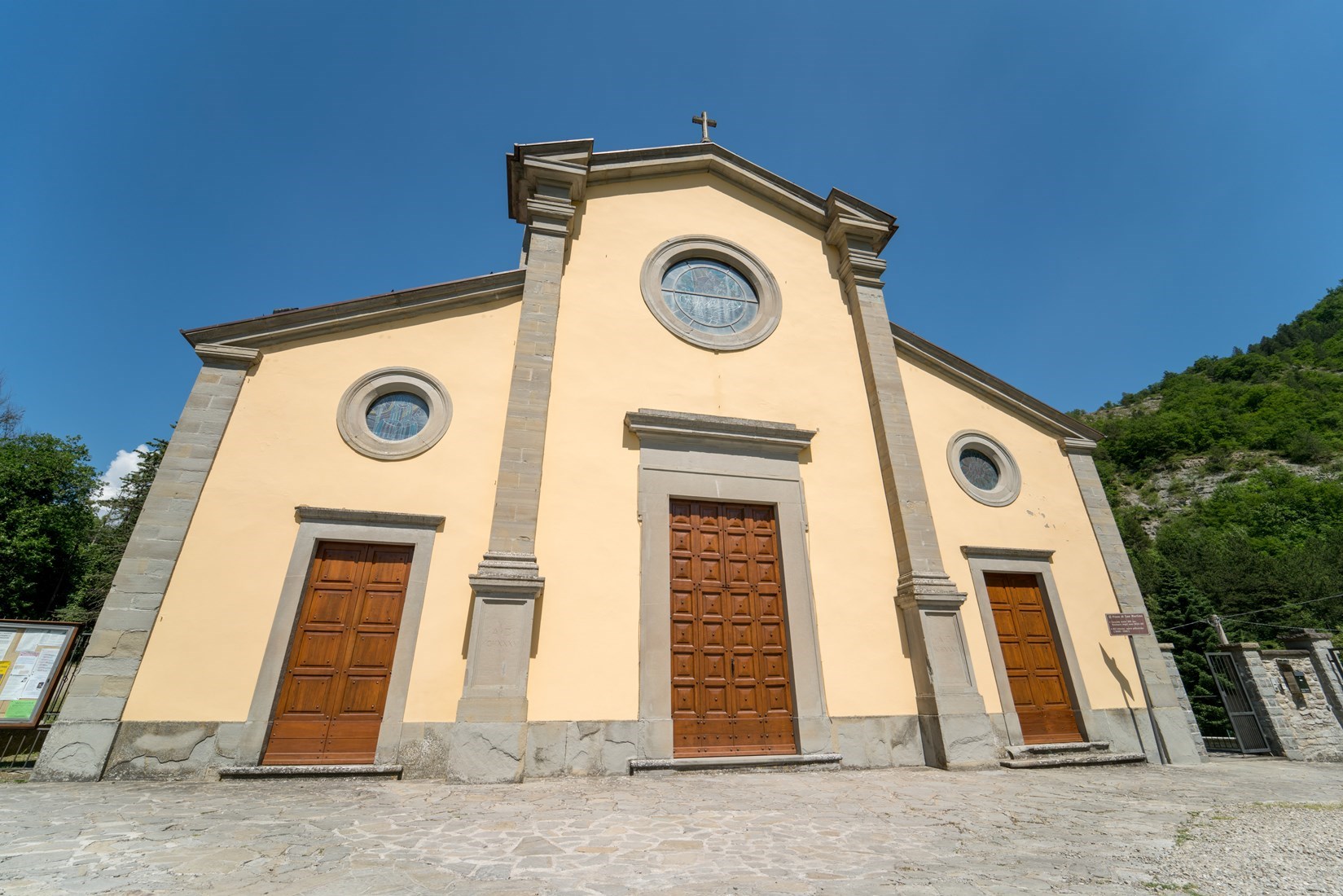