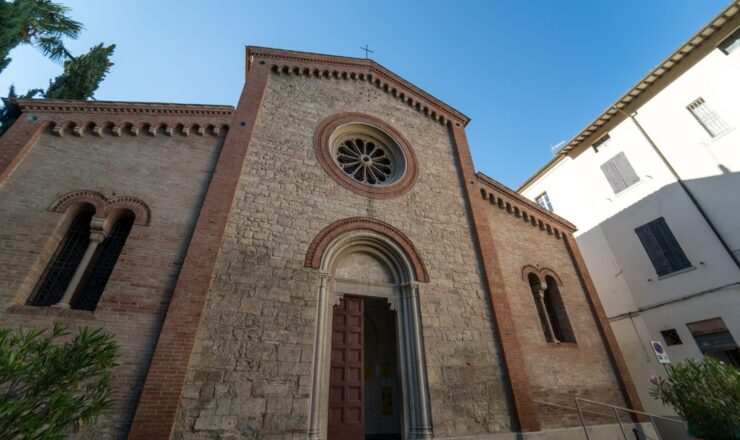 The Chiesa dei SS. Nicolò e Francesco, dating back to 1398, was radically renovated in 1520. The building, originally belonging to the Franciscan Convent, was later changed to Parish in 1783, a sequel to the Convent of the Frati Minori.

The structure is articulated on three naves; the central one houses a sandstone work by the forlì painter Marco Palmezzano (1500), which depicts the  Beata Vergine con i santi Agostino e Antonio. In the left aisle there are works depicting the Beata Vergine coi Santi Sebastiano e Rocco e San Sebastiano, both from the Romagna school at the end of the 15th century. In the right aisle there is a Crucifixion, with the unmistakable style belonging to the Modigliani school (1592) and an altarpiece showing the Visitazione della Vergine Maria a Santa Elisabetta, by the Ravenna artist Francesco Longhi (1611). There is also a bas-relief of the Beata Vergine con Bambino (XV century), called Madonna dei Fiori. In the rectory, on the other hand, there is a fifteenth century silver processional cross. 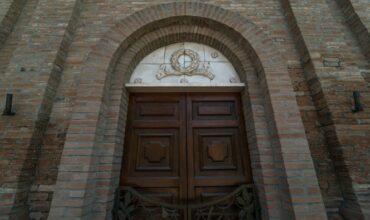 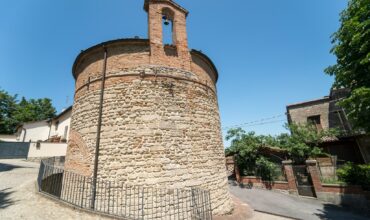 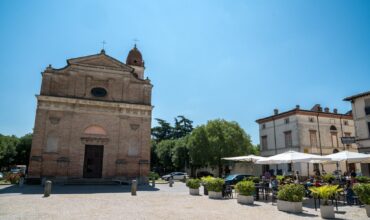 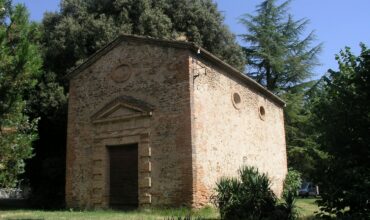