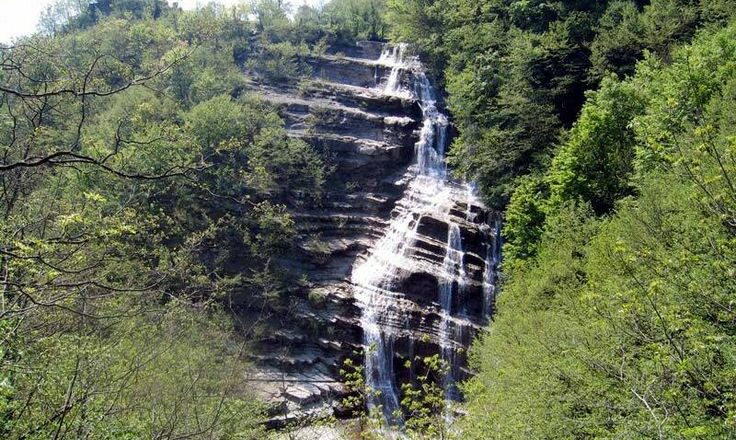 The Acquacheta Waterfall, mentioned in the verses of the Divine Comedy, is located in the Municipality of Portico and San Benedetto.

There’s a two hours long itinerary that leads from San Benedetto in Alpe to the Acquacheta Waterfall.

“And even as the river that is first
to take its own course eastward from Mount Viso,
along the left flank of the Apennines

which up above is called the Acquacheta,
before it spills into its valley bed
and flows without that name beyond Forlì,

reverberates above San Benedetto
dell’Alpe as it cascades in one leap,
where there is space enough to house a thousand;

so did we hear that blackened water roar
as it plunged down a steep and craggy bank,
enough to deafen us in a few hours.”