The route, which leads to the high Valle del Tramazzo, is pleasant and suitable for everyone, because it did not treat too tiring due to its ring structure. The environments that you cross are varied: former pastures now full of thickets, copses, forest stands of coniferous forests and meadows. Also the views encountered are suggestive, splendid is the Ridge running from Valico del Tramazzo to Monte Collina.

You should address the path during the mid-season in order to avoid those traits which, under the summer sun, it would be hard to overcome. Recommendable is a stop at Fonte del Bepi. 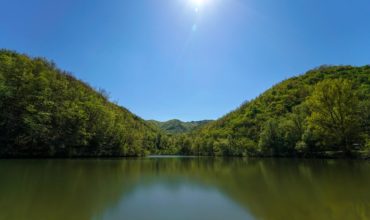 Articulated along the upper Valley of Tramazzo