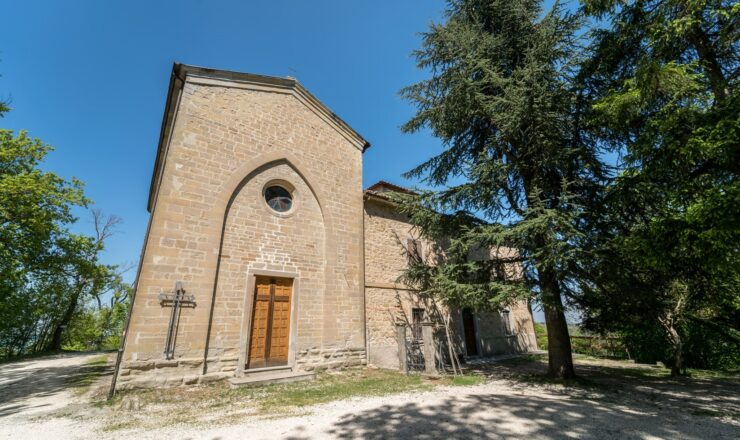 Chiesa di Santa Maria in Castello is located a few kilometers from the town of Tredozio. The religious building, of medieval origin, stands on the ruins of a castle, the Castrum Collinae, abandoned at the end of 1200. Near the church, in a campaign excavations of the ’60s, numerous finds were found dating back to the Late Bronze Age when the area was inhabited by a semi-nomadic population.

Pieve di S.Valentino, or the main church of the municipality of Tredozio, was founded in 562 AD C. and in 1752 he lost the title of Pieve. In 970 it was rebuilt with three naves and was then re-founded in 1863 in the place where it is still located. 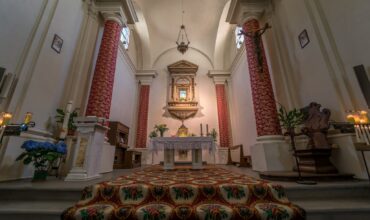 Keeper of the image of Beata Vergine delle Grazie