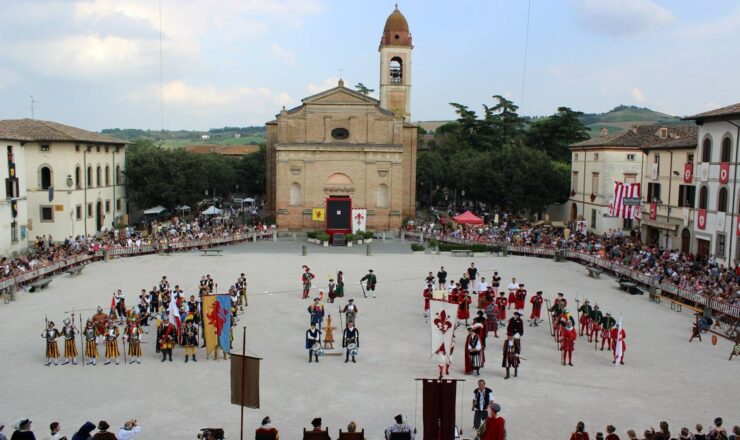 The “Palio di Santa Reparata” is the main event of the Medici Town. It takes place every year the first Sunday of September. More than 300 people dressed in Renaissance costumes parade from their castles to Piazza d’Armi, where the crossbowmen compete in a game of shooting with ancient crossbows and also in a game of tug of war, in order to win the longed Palio, a drape with the image of Santa Reparata.

The challenge is between the two districts of Terra del Sole, the Florentine one and the Roman one, which compete for the Palio in games such as antique crossbow shooting and tug of war. The longed award is a drape with the image of Santa Reparata, painted by different artists every year. In the previous days, thematic side events are organized by the two districts, such as the propitiatory dinner with games and music.

The Palio was restored on June 9 in 1963, as a general rehearsal of the celebrations for the 400 years anniversary of the foundation of Terra del Sole, that would be held the following year. 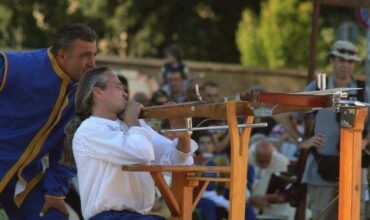 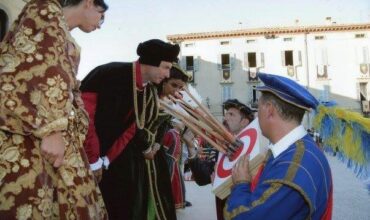 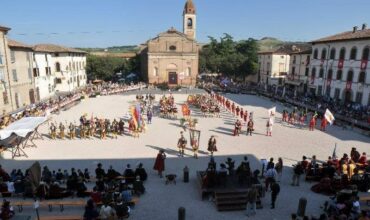 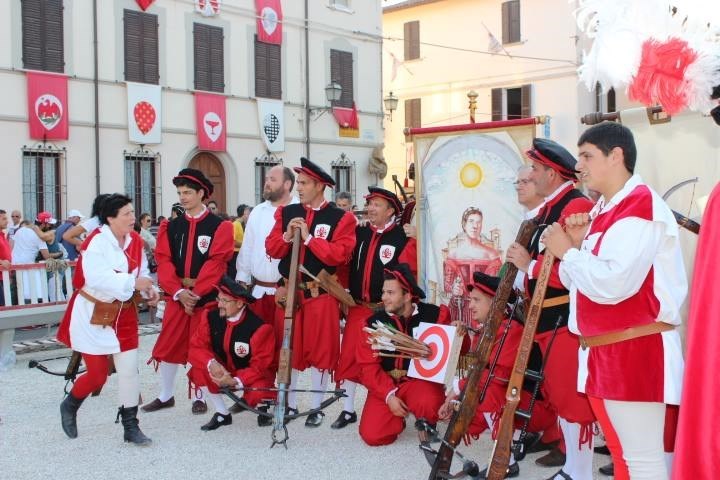 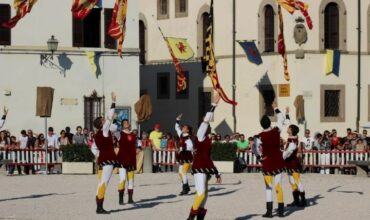 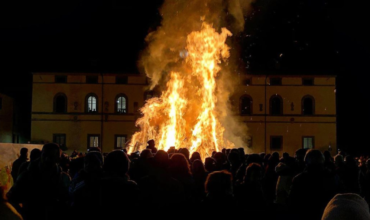 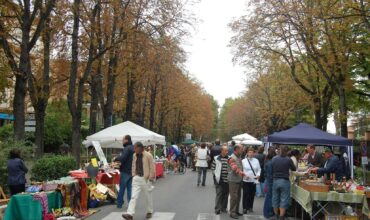 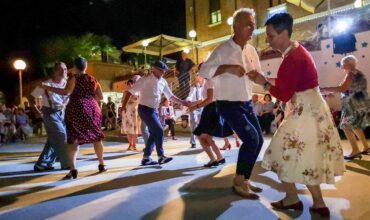 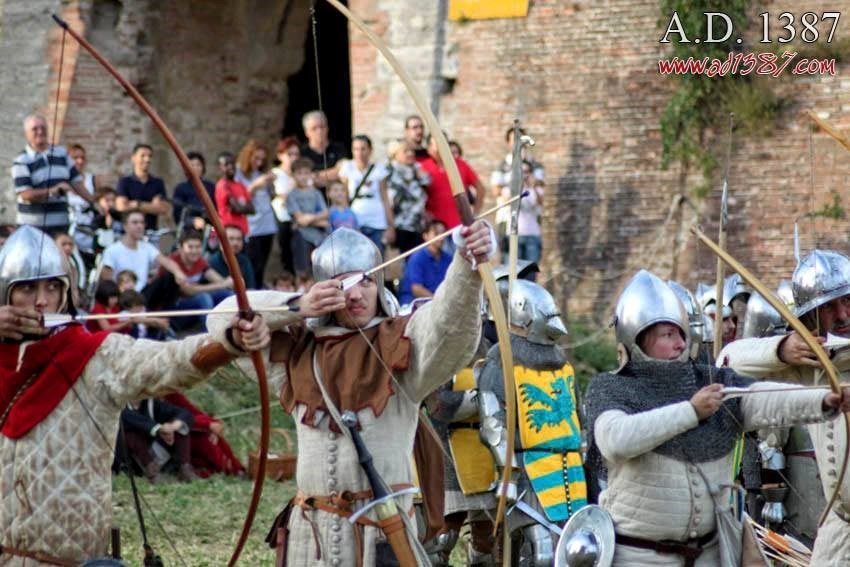 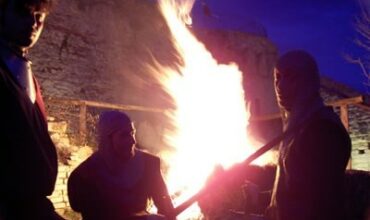 In the Fortezza di Castrocaro