SARSINA • CHURCHES
An original church of 1041 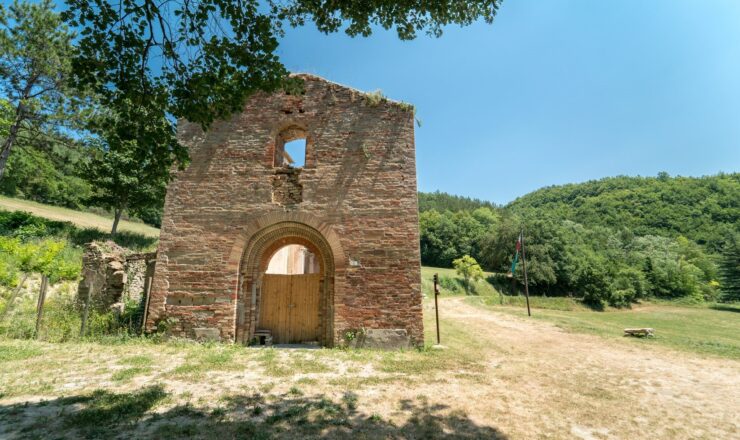 L’Abbazia di San Salvatore in Summano rises in the hamlet of Montalto in the municipality of Sarsina. Its origins are ancient and already in 1041 it is documented in a notarial deed. The name “Summano” seems to refer to Pluto or Jupiter, the Summo Mane. The abbey hosted for a long time the monks who followed the Benedictine rule and subsequently took over the Camaldolese order. In 1568 Pius V joined the abbey to the diocese of Sarsina.

The structure of the church is very simple with a single nave that opens at the bottom in a circular apse. The outer walls and the graceful bell tower are almost intact while the roof has collapsed completely. Despite the settlements, the architecture of the abbey retains a unique charm, just as the surrounding landscapes are unique. The abbey preserves a few decorative elements inside, since most of them were removed to avoid the theft. Among the remains taken and preserved elsewhere, both the marble heritage and the three bas-reliefs representing Christ among the archangels Gabriele and Michele are noteworthy. 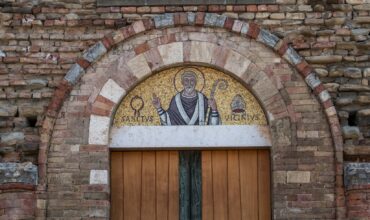 Inside the shrine of San Vicino