ROCCA SAN CASCIANO • CASTLES
A FORTIFICATION BUILT AROUND THE YEAR 1000 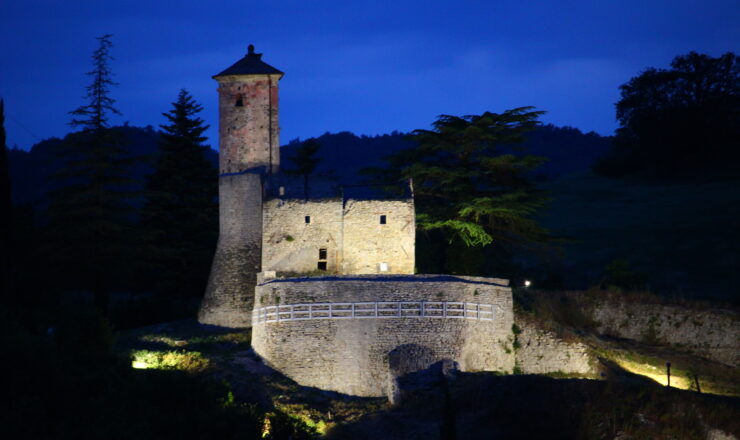 Not far from the historic center, on a hill, there’s the Castellaccio. It dominates the town of Rocca San Casciano and looms over the roofs of the elegant Tuscan-style houses of the town.

The fortification was built in stone and mortar around the year 1000 (XI Century) probably at the behest of the Counts Calboli of Calbola. They had their main castle in Calboli (between Rocca San Casciano, Dovadola and Predappio).

In 1197 in a document is recorded for the first time the expression Castrum Roche Sancti Cassiani in Casatico: this leads to assume the existence of a castle that’s traceable to the one currently recognized as Castellaccio.

Since its origin, the purpose of the building has been to defend the medieval village of Rocca San Casciano from its enemies as well as to control the Apennines Passes of the area.

Due to the earthquake of 1661, the Castellaccio was largely destroyed. Of the massive original castle remains nothing but its robust 15 meters high tower, an ancient guard tower and a large portion of the walls that have been brought to light recently.

The building can only be visited from the outside. The site is currently undergoing restoration, so it’s not possible to access the surrounding area. 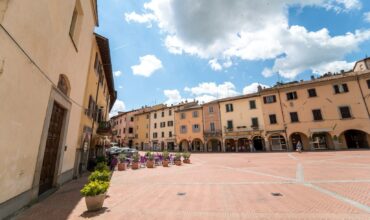