The Romagnola breed, descendant of the bos taurus macroceros, is a native breed with a typical white coat, with a massive appearance and remarkable rusticity. It is known to be one of the cattle that best resists the change in climate and its ability to adapt to difficult terrain. Precisely for this reason the Romagna Apennines, with its slopes more or less steep, is a place of choice for grazing this cattle.

The species was in danger of extinction, but thanks to a constant commitment of the experts of the sector, it managed to survive and to be protected by the IGP brand “Vitellone bianco dell’appennino centrale“. The Romagnola cow has also obtained recognition both as the best Italian breed and as the oldest breed in the country, and in 2016 it became Slow Food Presidium.

Originally these cows were raised for their resistance to efforts, for the production of milk and for meat. Today they are raised exclusively for the goodness of their pulp: this breed is in fact considered by many as the meat, which best meets the needs of the consumer, for the quality, the excellent nutritional characteristics, the color and the thin veining.
From the point of view of the cuts are especially the ribs of this bovine to attract the connoisseurs, but they are not less the roast of rump or rump that the Romagna cuisine loves to prepare, through a slow cooking and plenty of onion.
CONDIVIDI:
SEE ON THE MAP
AROUND 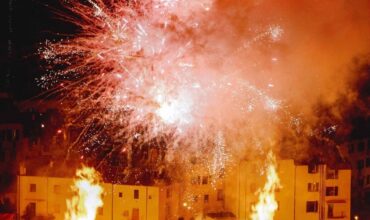